How many times have you watched a movie in a theater and actually stayed through the credits? You know, when stuff like “Best Boy Grip” or “Assistant to Mega Star” or “Star Stalker Head Buster” is listed on-screen? With all the films adding extra scenes at the end these days, it’s almost mandatory.

The sheer number of people required to make a movie always amazes me. The idea’s hard to wrap your head around, right? What? They need that many assistants for what’s his face because he rocks his inner diva better than a Kardashian?

Well, it got me thinking (be afraid) about what goes into writing a novel. Novelism (okay, not a word, but it should be) does not always involve the solitary wordsmith slaving away in a garret in Paris with only a flagon of wine and five-year-old cheese to sustain her. Oh, contraire, mes amis (and yes, that is the extent of my French, except for maître d’. And champagne.)

May I present the idea that it may take a village to raise a kid, but it takes many, many patient and

helpful people to finish a novel. For instance, in the latest Leine Basso, Cargo, I was unsure how many containers I could stack on a container ship, and how big of a ship I was going to need for some pivotal scenes. I began my search online, of course, but if you’ve ever looked for something on the interwebz, you know it can leave a LOT to be desired. Mainly, is the source valid? Can I believe what I’m reading? Are there extenuating circumstances I need to be aware of?

Enter The Expert. For this particular subject I was able to check in with my brother-in-law, Brian, who spent many years as a merchant marine aboard container ships sailing to points hither and yon. He steered me toward the perfect sized ship and corrected several of my assumptions about safety and security on board. Of course, actually knowing the expert is a plus, but I could have also called or emailed a shipping company and asked to speak with someone who would be willing to answer my questions. Most folks are happy to talk about their work, and some even enjoy helping an author out.

As I mentioned in an earlier post, writing Cargo was a huge stretch for me (as was A One Way Ticket to Dead—more about that later) but the perfect expert uncannily appeared at every stage of the book. The story deals with trafficking—human, ivory, endangered species, you name it—and sheds light on the dark, disturbing underbelly of the criminal world. Since I’ve written about the subject before, I have a crap-load (scientific term) of information on human trafficking, but when it came to smuggling, ivory poaching, Thailand, Africa, snipers, etc. I needed to turn to far more knowledgeable people.

Okay, confession time here. I set Cargo in Tanzania instead of Kenya or Democratic Republic of the Congo or New Jersey because I have a good friend who lives there. Mike has been an invaluable resource and has given me a resident’s perspective, ramping up the believability factor. The insider angle combined with hours of research has hopefully made the sections of the book set in Africa much more realistic than I could have ever done on my own. I mean, did you know that when a hyena crunches through bones it sounds similar to someone eating popcorn? 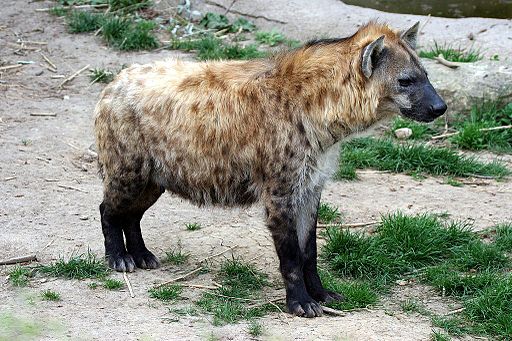 Yeah. You don’t hear that every day.

Another challenge to writing this novel (and the Leine Basso series in general) is that I have not been trained as an assassin, nor have I ever killed anyone.

In yet another spooky cool, writer-geek moment, I reconnected with an earlier contact that had served in Special Forces and now trains Special Ops. The first time I worked with him was on Yucatán Dead (I’ll refer to him as Special Forces Dude, or SFD). I’d decided to create an ex-SF operative who was helping vigilante groups fight the Mexican drug cartels, except I didn’t have a contact in that arena.

Suffice it to say, a writer friend introduced us (and yes, Zumba was involved), and SFD agreed to read the scenes I was unsure about and give me feedback. The character of Quinn and his group of soldiers is based on his detailed comments, as are the scenes involving them. Needless to say, I think they are some of the best characters and scenes I’ve written.

Then came A One Way Ticket to Dead. Wow—did I have help with that book.

The novel began as a Kate Jones/DEA/FBI thriller. I reconnected with Gary, a retired DEA supervisor from Texas who had rescued me from making some truly horrible mistakes in Bad Spirits. In the course of discussing several scenes involving my drug lord character, he suggested I use steganography which became a major plot point in the book. I’d also been introduced by a writer friend to another LE adviser for the FBI scenes, so I had that angle covered. Then I ran a gun scene past SFD, and he suggested I bring Quinn back and have Kate help with recon, exponentially upping the stakes.

So I learned about HALO jumps, extractions, how to do reconnaissance the SF way, and all sorts of amazingly cool stuff, ripping open my inner warrior—which, relatively speaking, I never knew existed. Being the amazing teacher that he is, SFD uses PowerPoint presentations to explain tricky concepts, ensuring that I understand. The visuals go a long way toward helping me write scenes.

There’s nothing worse than not knowing what the hell I’m writing about. To be honest it keeps me up at night. I want the best possible experience for the reader and getting details wrong prevents that from happening. There is so much I don’t know. Having access to people who do is an amazing resource and reduces the cost of therapy.

In Cargo there’s a scene where Leine reverts to her old ways. Quelle surprise (and you thought I wouldn’t find another place to insert my limited French 😀 ). As it involved taking someone out with a sniper rifle, I wanted authenticity. And yes, I’ve used a rifle, but have never been a sniper. Turns out, SFD had it covered. He also tweaked the big gunfight scene at the end. Surprisingly, I’d gotten a lot of it right.

Well, when you consider all the help I’ve received, maybe it’s not so surprising.

Along with several kick-ass alpha and beta readers (one of whom is turning out to be a fantastic developmental editor), a truly supportive critique group, and a flat-out sterling editor, I’m so grateful to the generous people who have shared their time and knowledge with me. Because of them I’m able to craft exactly the stories I envision, and I can’t thank them enough. As others have said before, writing a novel is never a solitary endeavor.